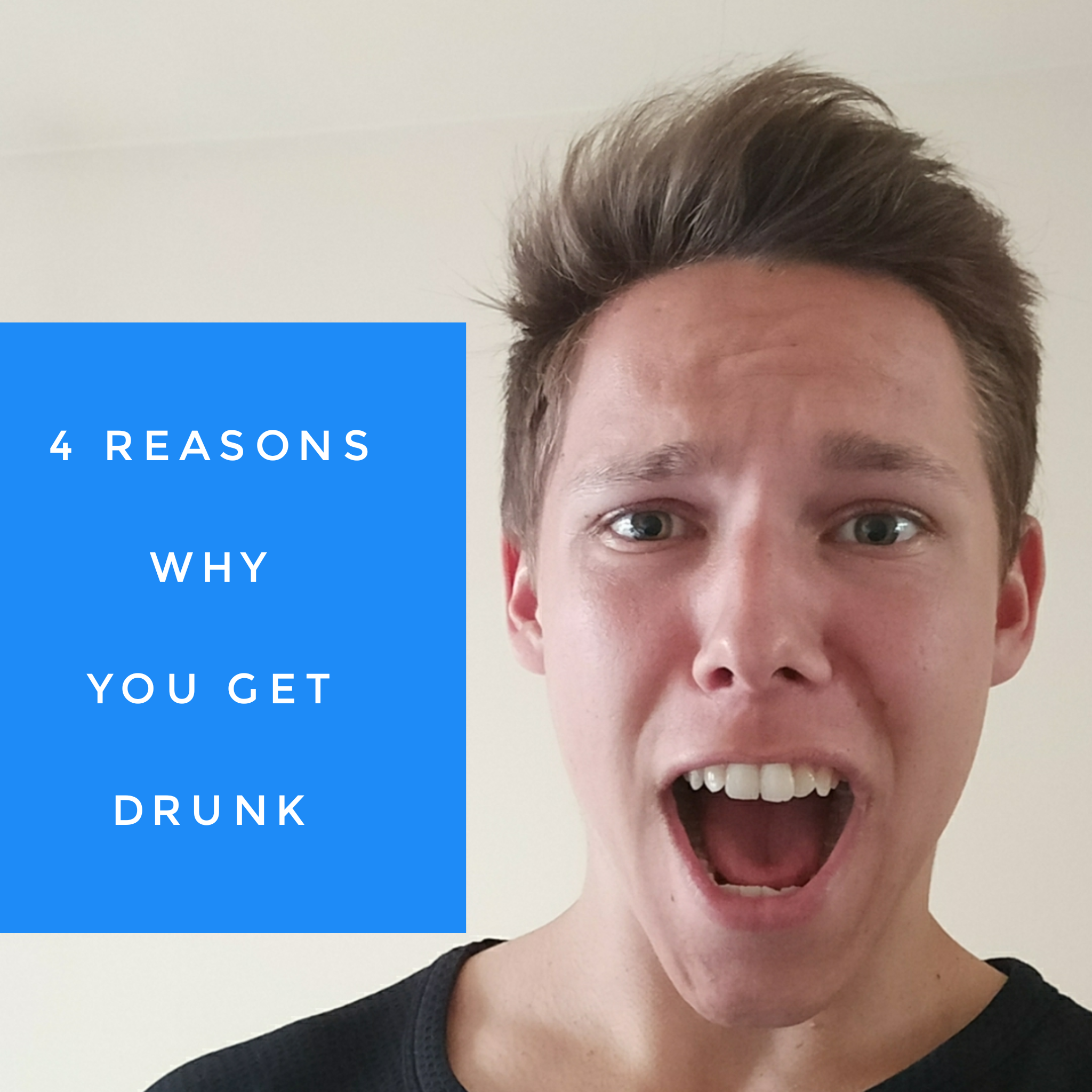 Why is alcohol one of the most consumed drugs in the world?

The first definition of the word drug that popped up on google: “a medicine or other substance which has a physiological effect when ingested or otherwise introduced into the body.”

Alcohol has a physiological effect. It attacks and stimulates the body.
Just because we can buy it legally when we are 16,18 or 21 years old, does not change that alcohol is a drug. I just wanted to get that straight first.

Why do so many love drinking alcohol till they are tipsy and drunk?

I think there are four main reasons.

1. People feel relaxed by the effect of alcohol and can be more confident.

Most often people who are timid and shy fall in this category. We all know at least one quiet person who drinks alcohol and then talks ones head off. Another type which I put in this group are guys who need alcohol to talk to a woman, or a man depending on their sexual orientation.

It is okay when they hit the perfect alcohol level. It’s not fine when they miss it. Then after three spoken words, every woman or man on planet earth wants to escape this drunk, bullshit talking human male.

The human female counterpart is a woman that is dancing “hot and sexy in a club.” They look men directly in their eyes.
While dancing, they almost fall with every step they take, because they are too drunk.

Not very appealing to most men.

Maybe for some guys at 6 am, who are desperate.

2. People get drunk to escape the life they hate.

People of this category consume alcohol on a regular basis.

Often at least once a week, typically Friday night after a week of working at the job they hate. They meet up with friends and get going. They don’t stop drinking till they are really drunk. Otherwise, they wouldn’t forget the shitty life they live.

Often the evening ends after clubbing in a bar where they become more sober minute by minute. Then they start a discussion about the state and what it makes wrong, about how their boss treats them, about women and their arrogance, and about anything else which reasons to their shitty life. Without considering that the fault may lie in themselves.

In this category, you will find as well alcoholics who on a daily basis try to escape the things that happened to them. One has to separate alcoholics from the complaining weekend drinker. Alcoholics are mentally and physically sick and need professional help to get out of the disease.

The weekend drinker first and foremost need a punch in their face to wake them up from their complaining mode.

3. People get drunk to avoid pain and cope with feelings

The third reason why people get drunk describes a state I used to be in: the mental state where you drink alcohol to avoid pain and cope with your feelings

You drink to forget and feel something else. At the extreme, you drink to destroy yourself.
Being in this mental state is dangerous. You are on the way to become an alcoholic and fall the slow death through alcohol.

Some, who are in a psychological state of destruction, find death during one night of avoiding pain through drinking alcohol till their pain is released forever, and they are dead.
Being on this road, you need to take a gateway quickly. Otherwise, you will never feel anything again.

I am happy that I stopped before, life is beautiful.

4. The most lovely reason: You get drunk with friends just to have fun.

And if you do that from time to time the drug called alcohol will not wreck your health and life and can make you happier. Sharing a fun night with your friends has that effect.

Remember, everything is about balance.
‘Alcohol is not bad, too much alcohol is bad.’

Drinking from time to time out of the right reasons, to have fun with friends is not bad, drinking to escape your shitty life or drinking to avoid pain is terrible.

Promise me that you will never drink heavily in a negative mood to forget things and drown your sorrows.
Whenever you are in such a mood, don’t hit the bottle, grab your phone, write me, and we will talk.

2 seconds. My dad and me