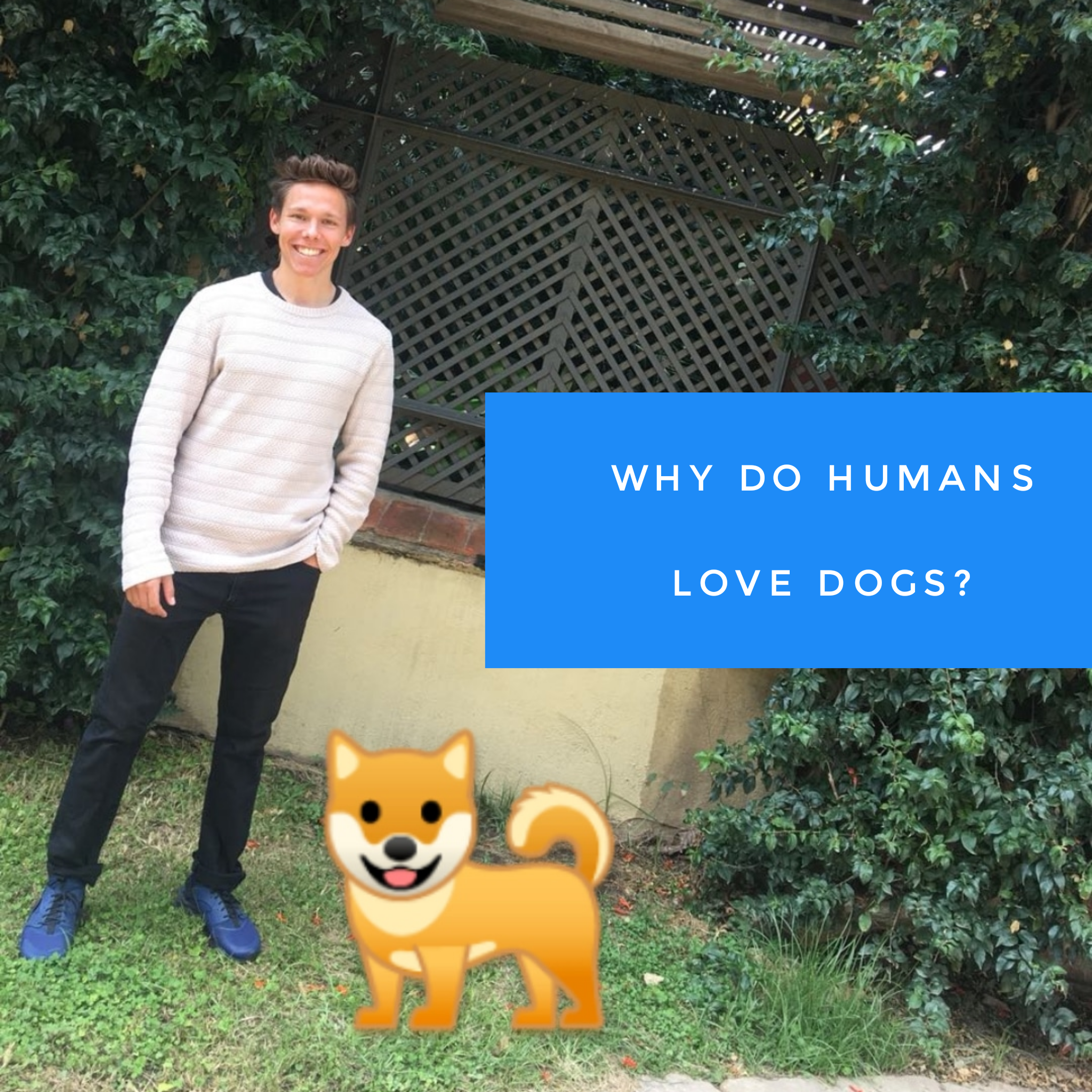 Why do humans love dogs?

A question that can be responded by the most famous saying about the relationship between dogs and humans.

“Dogs are the man’s best friend.”
Okay.
Cool.
Done.
You did get my thoughts, don’t you?

So here we go.

Humans have dogs because they are searching for something that is hard to find within the human race.

Friendship and loyalty. Reliability and secureness.

Friendship, love, and loyalty are out there in the human world.
But well, almost every dog gives friendship and loyalty to his or her owner.
It is just easier.

So one could argue that humans by having dogs feed their need to have a social bond.

“Staying socially connected will be a lifelong need, like food and water.”

So why do people then buy a dog?
If the social connection with human beings is a lifelong need?
Well, dogs open doors for human connection.

Did you ever walk aside a dog lover and she/he did say?
“Aaaaw loooook, how sweet that dog is?”

Well, when you take the dog out and cross a lot of people, and especially other dog owners it is very probable that someone will talk to you.

Not because of yourself, but because of the dog. At least they will give you a jealous look. Jealous that you are the dog owner and that this cute little thing belongs to you.

I never had a dog.
I am more the other type of human.
I like cats.

I had a cat for 5 years. Then he died. I was on holidays.

Everyone except my brother was on vacation. My cat had kind of heart attack. I think because I was not there ;D well no, probably he was born with it.

Oh boy, the best cat in the world.
What did he give me?
Obviously, isn’t it?
Friendship, love, and loyalty = Companionship.

When I cried in bed, he was there, sleeping next to me.

His name? Sam. Like Samwise Gamgee from the Lord of the Rings. The ultimate companion.

Dogs do care 100 %, but if you are fucked up, they sometimes want to play instead of chilling with you.
But well, just what I read and heard people talking.

I was kind of thinking that I want to have a dog one day.
As I am ambitious, I just wanted to have a dog so that he wakes me up in the morning.
I wake up early, take him out, or maybe her, who knows, and we go for a run.

Well, somehow I thought it would help to pick up girls in the park as well. (Saw that on Gossip Girl. Chuck Bass taking out his dog. Thought it might work for me the same. Lol.)

The darkest years of my life followed.

I sometimes thought that with the death of my cat all that shit began.

I definitely would have needed his friendship and companion.

Because pets are the humans best friend.