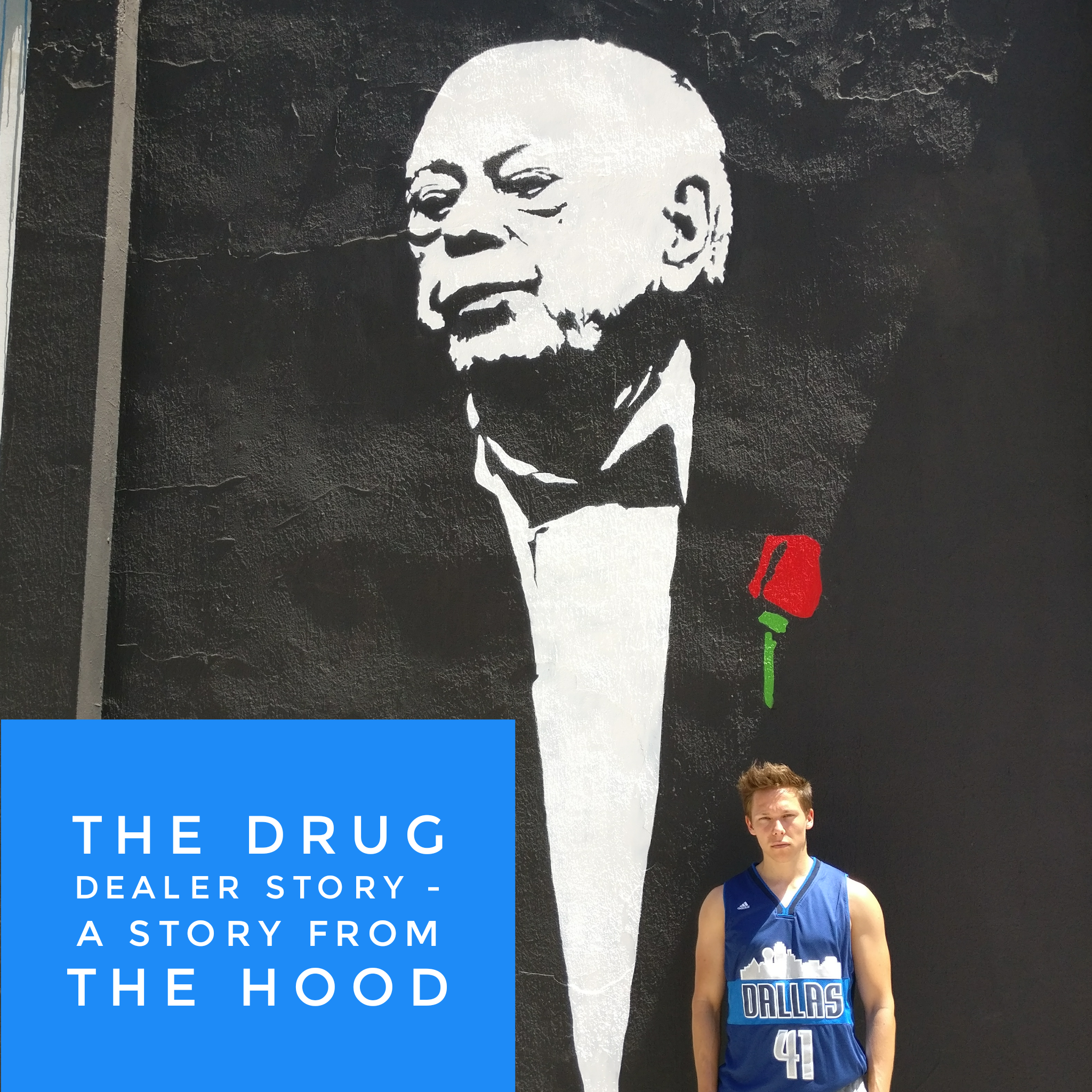 I had no choice.

My father left me fatherless when I was 9.
My mother worked all day; she had two jobs. My two younger siblings and me, we had something to eat. Most of the time. It was tough.

I started to steal when I was 11. First just sweets for me and my siblings, then cloth. My mother saw the cloth. She cried. She knew that I had stolen them. I told her that I got them from the shop down the road. She was happy that I did not take them from kids in school, so she knew I did not get to fight for them.
I fought a lot though. Kids at school just had to drop a word correlated with me and being poor and worthless, and I was beating them up. Mom did not like it, but in a way, she felt kind of happy that I could take care of myself.

I started selling drugs when I was 13. I knew one who knew one, who knew the one, who connected me with the one I needed to know: Bodrey. He sold me my first ounce. Three days later I got it resold. Bo-drey introduced me to Sipfly and Carter. After one month, we three made our own thing.

We operated from an old scrapyard and created a system. No matter when, one of us was there – every hour of the day we were available, our drugs were available. Meanwhile, the other two were getting new drugs or selling them at different corners. We got new clients every day.

Business was rolling. Every weekend I bought myself fresh new cloth. No need to steal – I was making money.  You know, when you come from the bottom when you eat pasta every day because your mom does not have money for more, when you come from sharing a 14 square meter room with your two siblings, clothes are the first thing you buy. You buy them to feel better, to feel worth something, to feel being from somewhere else.

My favorite feeling?
Entering a fucking restaurant, ordering what you want, without caring if the dish costs 1 € or 2 € more or not – priceless.

I needed three years till I bought myself a Benz. I went to the car seller with 27 k in cash. After buying the car, I drove to my Mom. I gave her 30 k. She could quit one of her two jobs.

I had made enough money.
I quit selling drugs when I was 19.

No, I certainly didn’t.

It almost kills me thinking about all the lives I directly and indirectly destroyed.

Did I have a choice?

What about getting a legal job?

I thought about that. But I was 13… Where can a 13-year-old get a legal job? And if he finds one, what would be the salary? I don’t know how much, but certainly, nothing that would have reached my ambitions.

Why quitting selling drugs though?

There are just no 40-year-olds selling drugs. You either stop or die. Or turn the sides and get a drughead, which equals the second option.

Man… I am just trying to make the world a better place. Isn’t that what we are all here for? No matter what we did in our past, making the world in the here and now better?

4 reasons why you get drunk

My Monday smile – 8 steps how to start loving Mondays