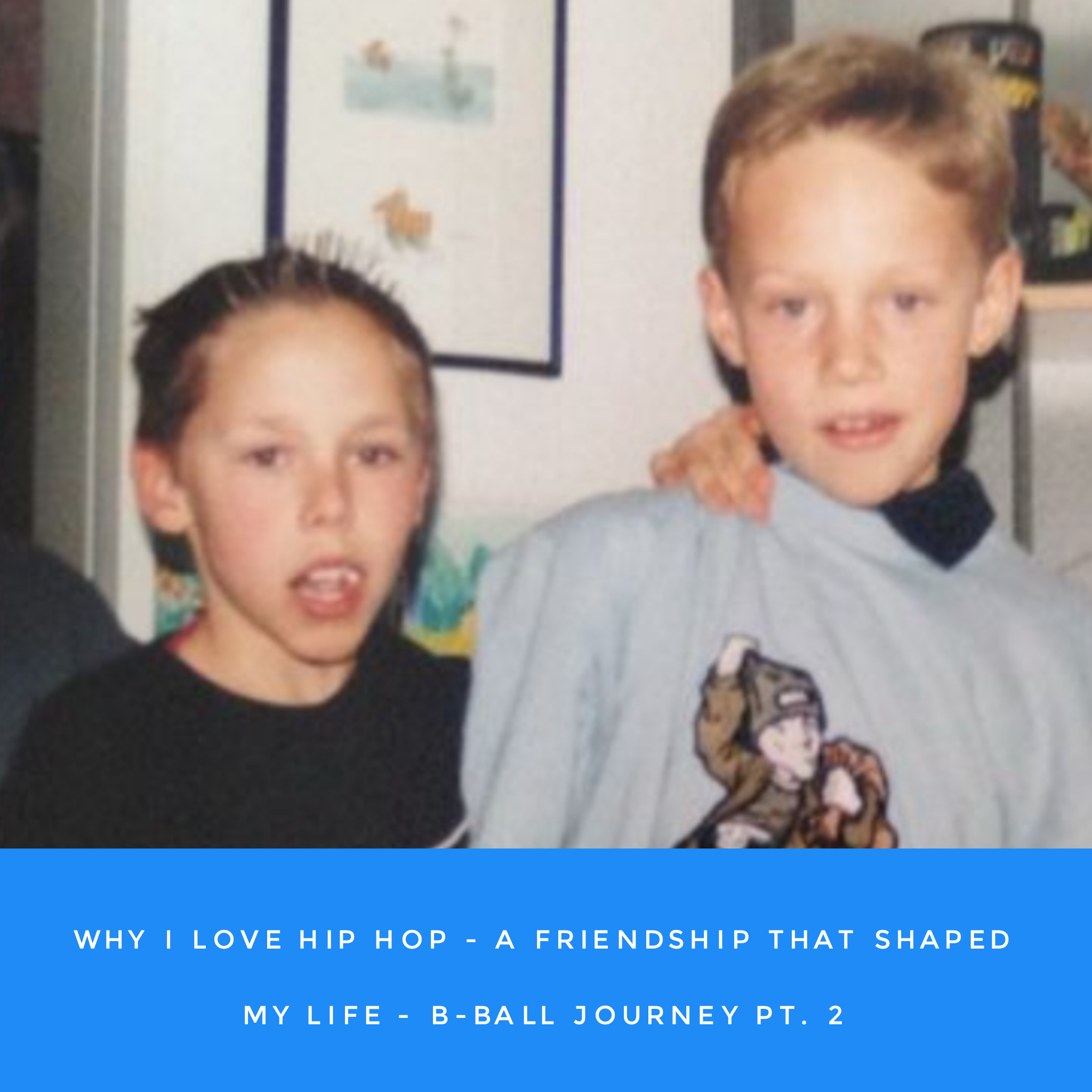 During my four years playing football for VFL Bochum, I did not have a lot of vacation. During vacation time, we usually continued to train and played a lot of tournaments.

It was as professional as a youth academy can be.

With 13 I was kicked out. That day my ambition to play professional football died. My dream of keeping the goal for the FC Barcelona disappeared.

The year after leaving VFL Bochum I played, for my home club – a lousy club.

We just trained two times a week. I had more free time than the last four years combined. Joining a new club in a high division just didn’t feel right, so I went from the top to the bottom, I went from outstanding to mediocre.

But I was more than okay with that; it was coming home, I played with old friends and guys from my hood. It made new friends from the hood, and not like before from all over the place, where you never get to see each other apart from the football pitch.

If I had joined a better club, that would have meant a lot of time spent in the car driving to practice and games.

I was tired of that. Tired of having a lot of training and games.

For what?
You will never become the goalkeeper of Barcelona.

My home club was 10 minutes bicycle ride away.

When you enter high school, you often make a lot of new friends. For me it was the same. However during my early teenage years, I spent most of my autumn and Easter vacations with Chrisi, my old friend, I knew from playing football.

A typical day of our vacations would start at one of our houses, most often at his home. He had an own room; I used to share a room with my brother till I was 18 years old. (Click to read “Why I love my Big Brother”)

Sports determined a typical day. Either we played, football, table tennis, and Basketball in the parc, or we played football or Basketball on the PS2.

For the colder days, we played football inside. Not in our rooms, but in a big room that belonged to the building Chrisi lived in. He had put his goal inside. It was incredible: we played on socks, kicking a volleyball, listening to music.

These days I fall in love with Rap music.
Chrisi and I were listening to Rap all time.
He was cheering for Eminem; I was all into 50 Cent.

A friend can shape your life incredibly.

If Chrisi had me shown Rock, maybe I had liked that?

Well, no way, I am just a Hip Hop boy, would have found my way to Hip Hop.

At Chrismas in 2006, I got my first music album, Get Rich or Die Tryin’ (the Soundtrack).
Everybody considers 50 Cents Get Rich or Die Tryin’ as his best album, technically it may be. For me, it’s the Soundtrack because it was my first one. I think it is the record to which I listened the most in my lifetime. We all have that one album we listened to our childhood. The first time we listen to music just by ourselves. Not a record our parents nor a friend nor a sibling did show us. An album we bought. An album that becomes ours.

Back in my days, there was no Spotify, no Soundcloud, no YouTube. Downloading illegally just started. You either had to buy a CD, or someone had to copy it for you.

One of the Albums Chris and I listened the most to was Eminem represents the Re-Up.

“By my side” from Stat Quo is still one of my favorite songs. I am playing it right now, as I write this.

That beat – Flashback. I am back in one room with Chrisi.

During these vacations, after the years in elementary school, I first touched a Basketball again. The Pro Touch basketball I bought during my basketball beginnings when Coach Niedrighaus coached me.

Chrisi had one from the Gas station. His father had given it to him. You could win it by points when you drive a lot; his father did drive a lot.

During these vacations, our love for Rap emerged. It stayed, until today. It became a daily thing. Honestly, I think since these days when Chrisi and I discovered EM and Fifty, not one day passed that I didn’t listen to Hip-Hop.

Hip Hop and Basketball influence each other. It’s one culture.
Hip-hop stayed, my Basketball I did put away.

I continued to play football and decided to join a better club after one year playing for my home club. I drove with my father four times a week to Castrop, another city. A little ambition for football was left.

Years later basketball became a thing in my life.

When my parents separated.

Lonely nights at the court.

We live in the best of all times

4 Reasons Why You don’t Know what You Want