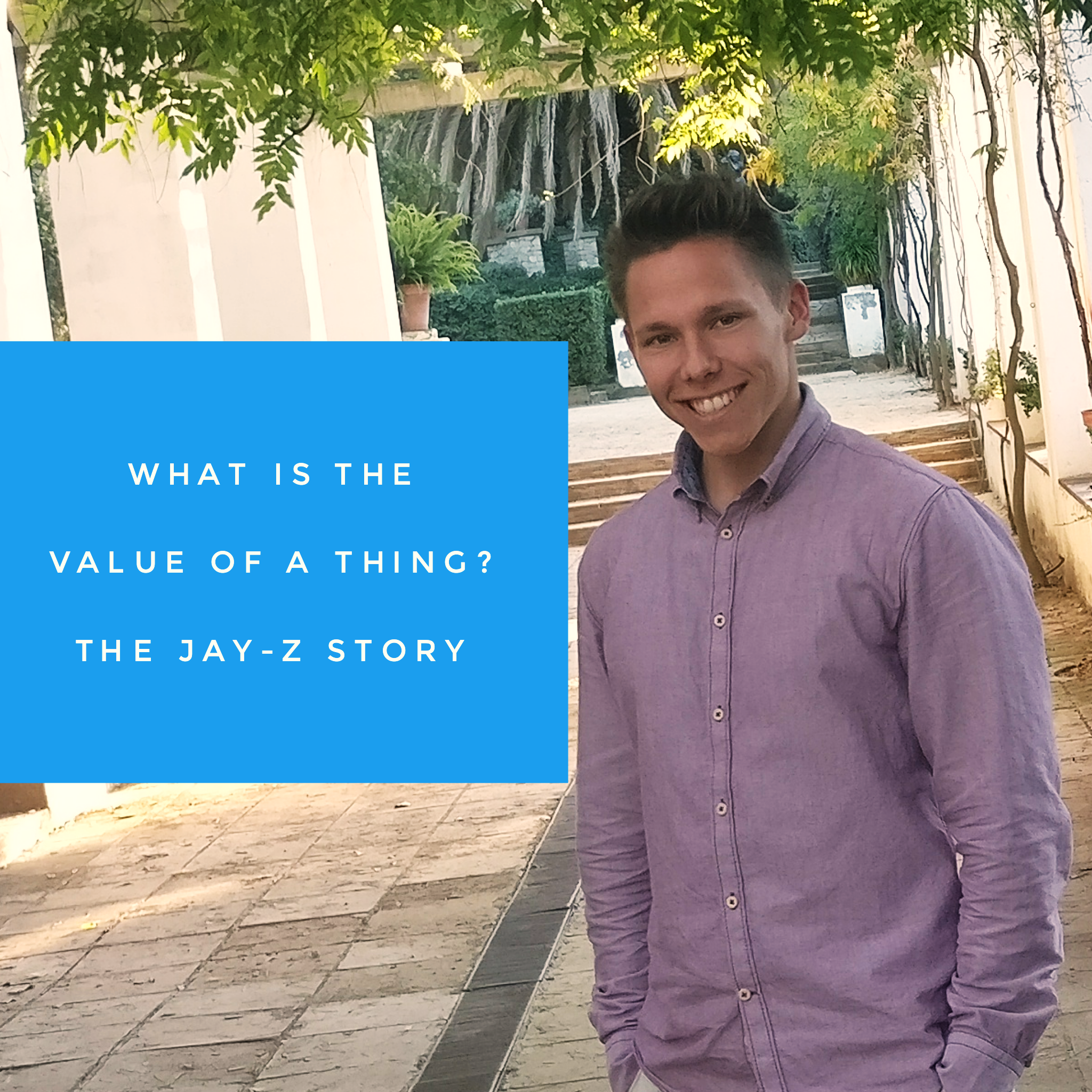 What is the value of a thing?
A question everybody should ask – especially before taking a buying decision.
What will be the value of the thing you are going to buy?
Not the cost.
Not the price.
The value.

Before my last road trip, I was eager to buy the new Jay-Z album. I needed cash and went to the cash machine. I saw my balance going below 0. Always a fucked-up feeling, especially when you know that there is no money coming in the next month. Without working, finishing Uni and thereby losing supporting funds from the state, how could there come in money?

Nevertheless, I banned out of my mind the feeling of being broke and went to the store in search of the album – I didn’t find it.

Instead, I saw ‘The Massacre’ from 50 Cent, and ‘To pimp a butterfly’ from Kendrick Lamar. Both classic hip-hop albums. I picked them up and went to the check-out. Half on my way, I turned around, went back and put them back in the shelve.

I just could not afford to buy CDs right now. Even though I love and value CDs, considering my financial situation, spending money to buy them felt wrong.

After putting the CDs back, I felt better but far from good. My brain already was hooked to get its dopamine rush for buying, and my body was expecting to listen to some dope Hip Hop. I tried to tell myself that the next day will be awesome enough to nurture brain and body with dopamine and dope vibes.

Without thinking where I would end up, I took one of the many exits. The automatic doors opened, and I saw heaven on earth – a bookstore. Considering my financial situation, it turned into hell on earth. I just hardly can get out of a bookstore without buying at least one tiny book.

This time I told myself I would make it happen. I would just do some research, seeing what new exciting books are out there and analyzing the competition for my upcoming book projects.

I did quite well. I did not let myself get tempted to buy a book. Then I entered the classic book section.

After a few seconds, I saw a selection of short stories written by Hemingway, opened it, read the first line, was impressed by noticing greatness in a couple of words, closed the book and knew I would buy it.

A second later my eyes discovered the diary of Anne Frank, a classic I never read. I took it in my hands and forced myself to go straight to the check-out so that I will not see any other masterpiece. At least this mission I accomplished.

I went to the checkout and bought the two books. Dopamine rushed into my brain; I felt good and kind of satisfied. However, the feeling of being broke entered my mind. That time, I did not ban it and instead I started a discussion in my head.

Who is that dumb to buy something while he knows he is broke? Who has a bachelor in International Business and Management, and is not following the easiest of all economic rules? Rules are rules. And rules are there to be broken. But breaking that rule?

Often rules are stroke by other rules. There is a difference between making debts and going below zero while investing in the future. Buying books that stood the test of time and are considered a classic seem like a reasonable investment. Buying these books, buying these two things creates value. And someday there will be a return on my investment.

At least I kept saying that to shut my mind as I walked to my Moms car visioning my older self, sitting in my grandfathers armchair while celebrating reading the first time in my library on the second floor of the old stone house my older self just bought.

Why do Humans Love Dogs?