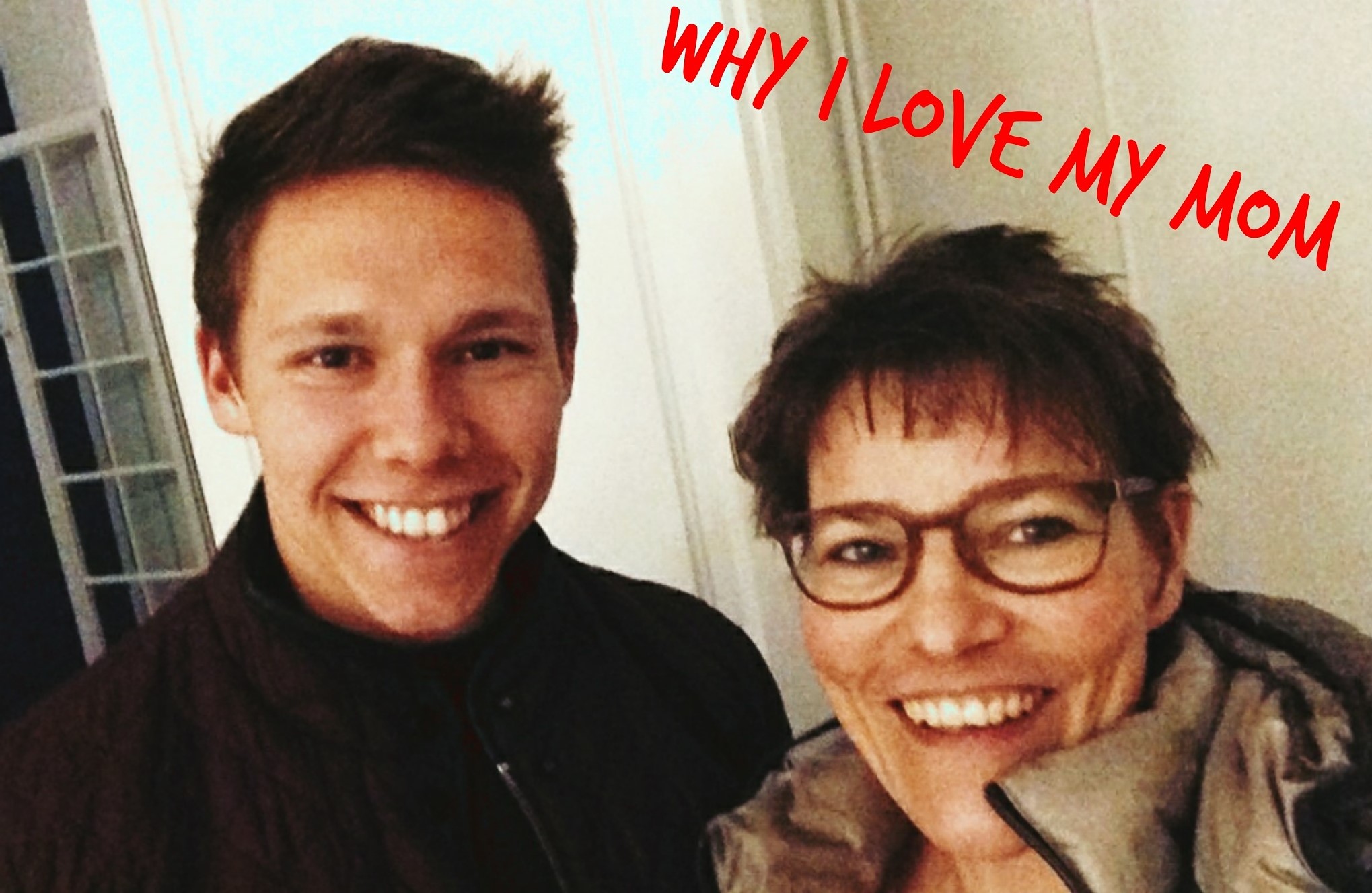 I love my Mom.
In the past, we had a lot of difficulties, which we passed.
Now our relationship is stronger than ever before.

Today it’s her birthday, in her honor, let me tell you why I love my mother, and why you probably love yours.
The relationship between a mother and her child is the strongest on earth. Also it is the most special one.
How could it not be that way?

A mother carries her child nine months in her belly, eats for it, cares for it and suffers for it.
During those nine months, a mother and her child are one. When the child is born, it becomes an own human being. After being born, it is far from being independent. His mother shows it how to eat, how to crawl, how to go, how to speak. With every thing the mother teaches her child, the child becomes more independent.

In this lies the struggle for Mothers. On the one hand, a mother is eager and proud about every little thing her child accomplishes and watching how her flesh and blood becomes a self-independent human being who carries her values. On the other hand, she feels scared because she knows that through teaching and supporting, the child will be one day ready to explore the big wild world on his own, ready to leave her.

Three weeks ago, when my Mom and I said goodbye at the airport, she smiled and cried at the same time. A proud, smiling mother who watches her independent son, ready to conquer the world on its own, willing to move to Barcelona to live his dreams. A sad, broken-hearted mother who won’t see her son in months, scared of letting him leave into an uncertain future.

The first days must have been horrible for my Mom. Not because I was away, I already lived for nine months in Barcelona, but rather because of my situation.
I used to live in a small flat with a friend of a friend and slept on his couch in the living room. The living room and the kitchen were one room.
I could not close the windows properly. Usually, I don’t mind, Spanish summer nights are warm. However, the street was noisy all night. I couldn’t sleep.

When I arrived at Barcelona, I was not registered, I had no job, no college degree, and lived on saved money.
During those days, I kept my Mother updated about the little steps I took to organize my life.
For a mother, it must be the most difficult thing seeing her son struggle without being able to help. On the one hand, because thousands of kilometer separate them, on the other hand, because he is on his own way, the way he chose.

I stayed one week in the kitchen/living room till I moved into a shared flat.

The day after I skyped with my Mother. As I showed her my room and told her how kind my roommates are she was relieved. As I described her my new hood – Barri Gótic, a historic district with tiny streets, balconies with flowers, and musicians playing on the streets, she cried and was aglow with happiness at the same time. She loves this area, and so do I.

The next time we spoke, I saw my mom again in tears. She just went to the Student Service of my university and picked up my Bachelors degree. Finally, my graduation was official. A lot of pressure was relieved. My mother used a big part of her saved money to pay for the student fees in Barcelona. Money is not important to her. Every cent she can use to support her children, she uses, and so fulfills dreams.

If it wasn’t for her, I might have dropped out of uni. I knew that gaining the degree symbolizes a security, a backup plan for the uncertain way I am on.

A secure life is one of the most important things a mother wishes for her child; another one is happiness.
For my mom, at least one thing came right. Her son is happier than ever before, living In Barcelona and pursuing his next big dream. All that made possible by his mother.

Till now, you may think my mom is a weak woman. I told you three stories of the last three weeks in which she cried. That gives a false picture.

My mom is the strongest person I know. At my age, I am 24-years-old as I write this, she already had given birth to my older brother and me while still coping with the death of her father who died when she was 20. She gave birth to my sister with 28. She brought up three young children at the same time while working to make sure her children have enough to eat, cloth to wear and money to spend to enjoy summer vacations all over Europe.

If this does not describe how strong she is, then I want you to give me your definition of strength.

To me, my mother is my role model considering strength and sacrifice. She is a main reason why I am self-confident in going my way. She showed me by her example. She gave me freedom and trust to try things on my own. She is the person who shaped my life the most.

When I cried because one of my dreams shattered, she opened the door to an even greater one. She is the reason why I was able to move to Barcelona, why I can live my dreams. I owe her more than any other person on earth; she didn’t just gave birth to me but guided me all the way to becoming an independent human being who pursues his dreams.

The relationship between my mother and me is as strong as it can be. It is unbreakable.
Even though years ago it was broken. After my parents separated, for three years I hardly spoke with her as many words as I dedicate her through this text. During the last five years, we shared more difficulties than joyful moments. It needed a few conversations in which we cleared things up. We cried together about the past, to enter a new future. An unbreakable bond connects.
A bond that just a mother and her child can share.

Mom, I could not be happier that our relation ship is healthy again. I wish you the best birthday ever. Enjoy the sun, the sea and the nature in Croatia. I hope we spend soon vacations together there.
You know that I love you. I should have told you that more often. You know better than anyone that I used to be shy and silent. Dad used to say: “If you want to hear Jan speaking you have to watch him keep the goal at the football pitch.”

You probably often asked yourself what is going on inside of me.
At least, as you told me, I always showed my affirmation for your cooking skills when I came back from school, using four words – Mhh, that smells delicious – and a hug.

Since I am living in Barcelona, I got better at telling you that I love you. Distance taught me who I can count and who is important to me. I always can count on you. That alone makes you the best Mom on earth.
There is so much left to say. But even if I wrote books that filled a library, it would not be enough to describe how special you are.

I will always carry you in my heart.
I love you.

You can call it coincidence or destiny: on the 8th of March, the International Women’s Day, I shared my first written piece with the public.
Now, six months later, the 8th of September, her birthday, I share the first written piece after three months.
It just feels to be the right moment to share my writings again and give you from now on the opportunity to accompany me on my road to become a writer.

And one last thing:
Tell your Mom that you love her.
If things are hard, consider making the first step to improve the relationship.
It’s worth it.

Thanks for reading!
If you liked the text, consider sharing it so that more people can read it! 🙂 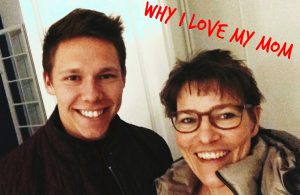 What is the value of a thing? The Jay-Z story