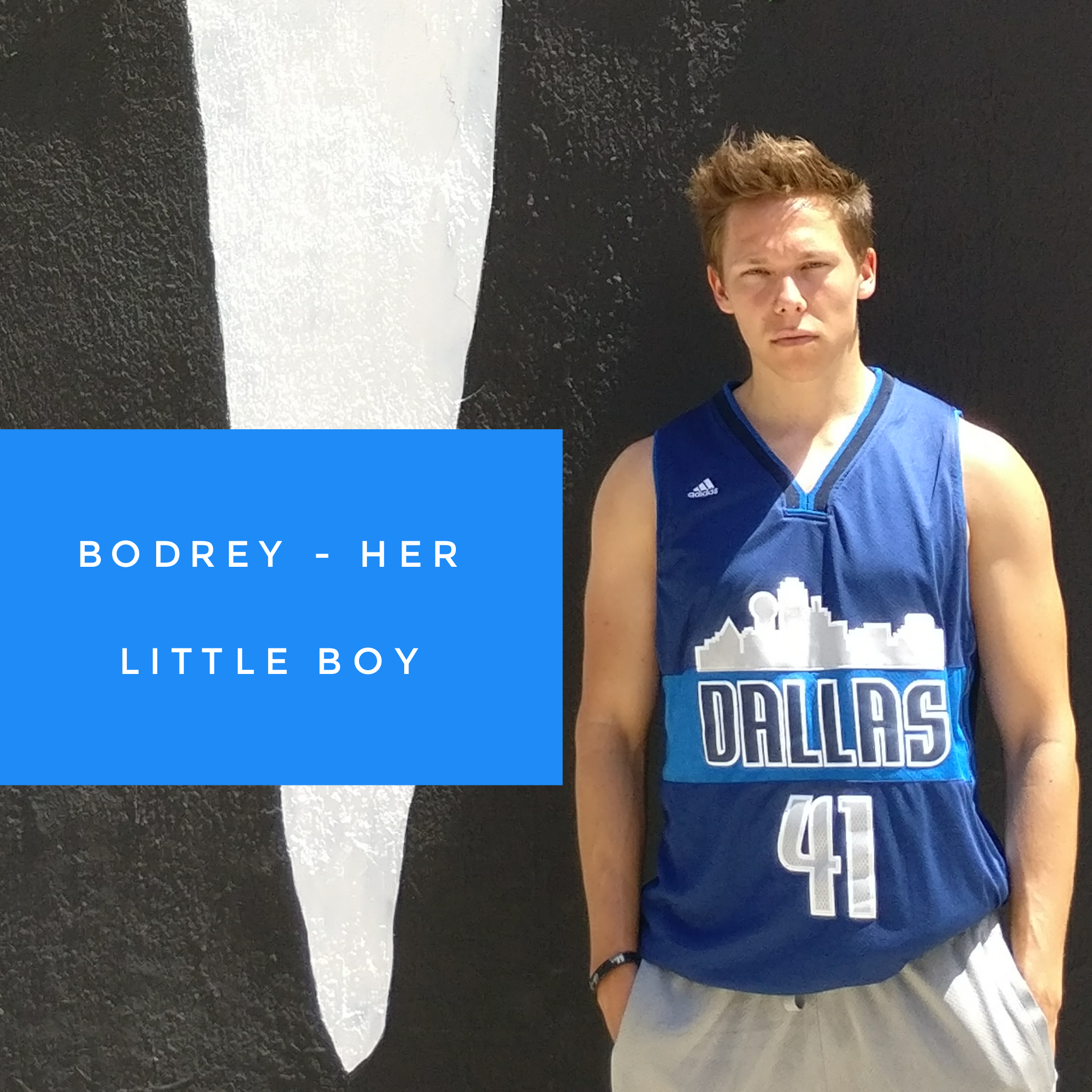 Bodrey’s mother sat at the kitchen table.
In front of her a plastic bag. Inside the plastic bag 30 000 € in cash.
‘That’s what life is worth these days?’ she thought.

She looked out of the window. It was a sunny day. Nature went its way.
Birds sang welcoming the spring. Bees flew around peollinating flower after flower.
Her neighbor, Mrs. Witheu, was gardening. Two of the kids from the neighborhood played ball on the street.
A few cars drove by, passing her brand new blue golf.

The doorbell rang. Bodrey’s mom stood up, went to the door and looked through the peephole.

Sipfly and Carter were outside. They both wore fresh cloth – Supreme. Bodrey’s favorite brand.
Sipfly held a joint in his right hand between index finger and middle finger, on his ring finger he wore a golden ring matching with his golden Rolex.
He took a deep breath from his joint. Carter stood behind him. As always. He followed him and had his back.

‘But why didn’t they had have Bodrey’s back when he got in trouble?’

Bodrey’s mom opened the door. Sipfly and Carter entered without saying anything.
Bodrey’s mom did not care. There was just nothing to say.
Sipfly and Carter followed Bodrey’s mom into the kitchen and sat down at the small table.
The plastic bag still laid on it. Next to the bag a bowl with cookies and a glass filled with Gin.
Bodreys mom had a swig of it.

‘That was the person she became? An old woman sparing of words and addicted to Gin?’

‘We are sorry.’ Sipfly ended the silence.

He looked at Bodrey’s Mom. She seemed to be somewhere else. The last time he had seen her was 3 weeks ago.
She appeared to be aged 3 years. She looked at him stony-faced.
She didn’t have smiled either cried in the last days. When Siplfy got to know her, she has been a life loving, happy woman. Now Sipfly teared up looking at the old lady Bodrey’s mother became.

‘We are sorry.’ He repeated. Bodrey’s mom’s face stayed motionless.
‘Carter and I weren’t at the scrapyard. We were getting new stuff.’

He took a breath and continued.

‘We should not have left Bodrey alone… Well, he had his gun with him, but against them… One gun is just not enough. He needed us. But we… We were too late. We didn’t have his back. He always had ours. I remember when we first got into a fight with them. Bodrey saved our lives. He shot two of them, right between the eyes. We knew they would come for us. If we just would have been back earlier – we weren’t.’

In his mind, he was back at the scrapyard. He saw Bodrey’s dead body.
His white Supreme shirt colored red by his blood.
In his hand his gun. His baseball cap laid on the ground next to him. It must have fallen from his head when he kissed the dust. Bodrey’s mouth stood open. His golden teeth reflected the sun.

His eyes, his nose and his forehead – out of all recognition, destroyed. Sipfly counted 8 bullet holes.

All of that he did not mention to Bodrey’s Mom.

Instead, he said: ‘When we arrived at the scrapyard, we couldn’t do anything. Bodrey was dead already.’

Bodrey’s Mom did not answer. She sipped Gin and nodded.
She leaned forward and pushed the plastic bag to Sipfly and Carter.
The boys would need it, either to defend them or to get out of the city.

She finished her glass with one gulp, and through moving her head, she gave the boys the sign to leave.
They did. Carter stood up first, in his hands the 30 000 €. Sipfly followed him.

The last time she saw the two boys were at Bodrey’s funeral. She did not speak with them.

She did not talk to no one.

Instead of putting flowers into her son’s grave, she threw in all his Supreme cloth.
One time, Sipfly and her eyes met. His eyes were full of shame.
She did not know what the boys were doing. Did they still were selling drugs? Did they break banks? Did they rob small shops?

Robbing small shops – that was how Bodrey started.

Love. the Internet is crazy. Superpowers.