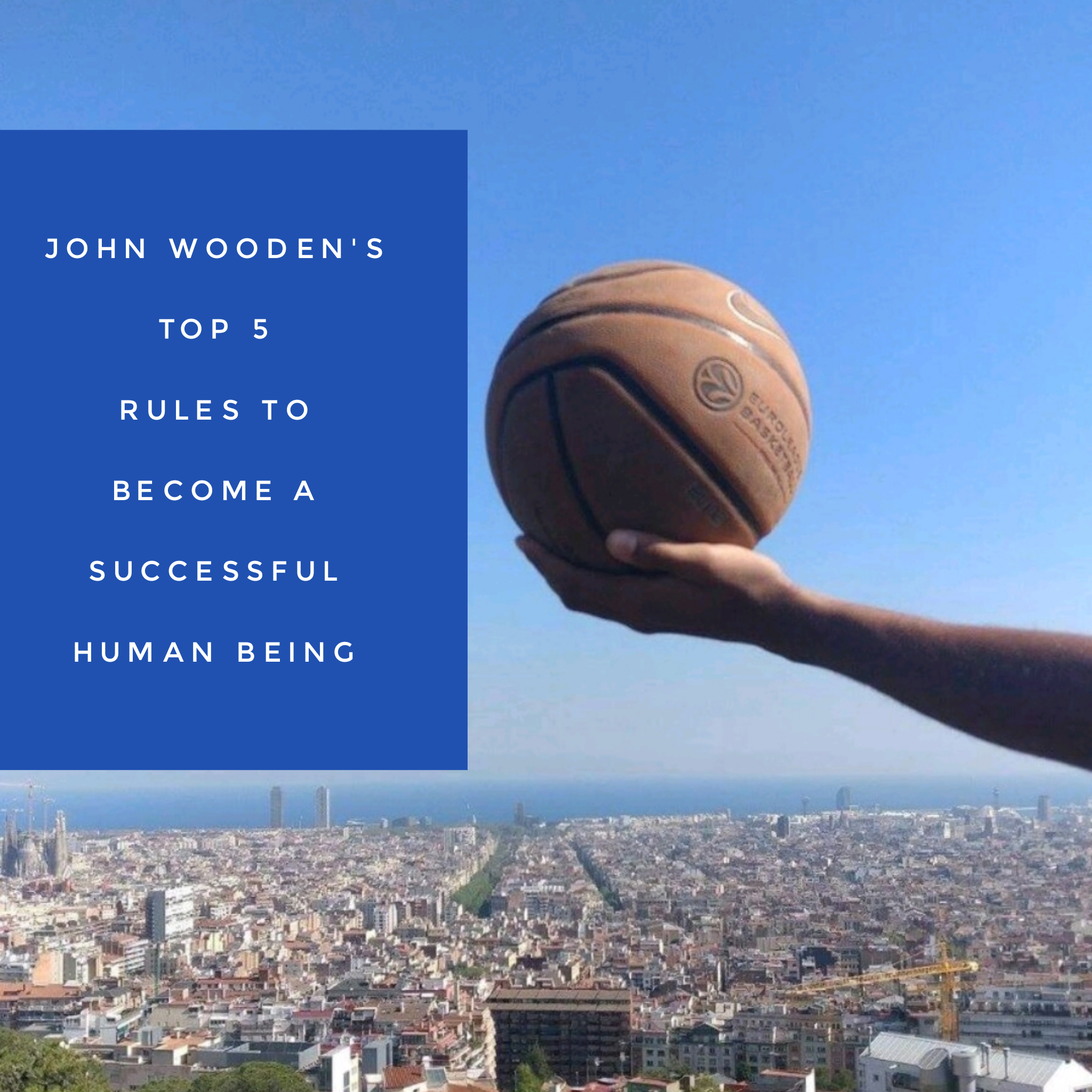 John Wooden is one of the most iconic and successful coaches in Basketball history.
He never coached an NBA team but brought up numerous NBA Champions.

John Wooden was a teacher. He taught English at the UCLA and taught the Basketball team of UCLA how to be successful human beings.

The successes that came along on the court were extraordinary.

The players John Wooden coached changed the League and the game of Basketball.

What would the NBA be without Bill Walton and Kareem Abdul Jabbar?

A lot of the coaches of the NBA have incredible Basketball insight and Basketball vision, different systems, and styles the players should adapt and play.

What does make Greg Popovich a great coach?

What is the reason why the Celtics are right now crushing every team?

Is it just Kyrie?

Or is it Brad Stevens who put the parts together to build a real team?

On the coaching side, I think:

The defense is the crucial tactic factor to winning.

The human factor is the crucial factor to coaching.

A coach does not just have to deliver a message, a system, and tactics – a coach has to deliver that message in a way that his player prefers dying than not giving his best to implement the coach’s system correctly.

How does a coach achieve that?

By being honest with his players.
By being interested in the players aside from the court.
By being human and seeing Basketball as the thing as it is.

A Game. A Game we all love and admire. But a game.

Building core human values so that players form a team, and synergy effect takes over is key.

No one did that better in the last 20 years than Coach Pop.
Brad Stevens is seemingly doing it.

And John Wooden spent his lifetime achieving it.

Here are the 5 top takeaways you can add to your value system to better your game through being a better human being.

Peace of mind satisfaction in knowing you made the effort to get the best of what you’re trying to prove.

John Wooden believed over all in giving your best.
He said:

You can loose when you can out score someone in the game.
And you can win when you got outscored.
If you make your effort to do the best you can, the results will be what they should to be, not necessarily what you want them to be, but they will be about what they should.

John Wooden believed that being on time builds character. He started training and scrimmages on time and closed them on time.

Another of the three rules Wooden used to build disciplined players. Once Bill Walton showed up in a dirty cloth, John Wooden did not let him get on the bus. He had to go home. Waiving your best player just because they do not arrive neat and clean may sound crazy.
But it showed that nobody in Wooden’s team received any special treatment.

If Coach Wooden heard one word of profanity, you were out. Did you criticize a teammate – you were out.
Respecting your teammates is the most important thing to play as a team.

3. Have faith and Be patient

You must have faith. Believe that things work out as they should, providing we do what we should.

John Wooden’s father taught him that lesson. John Wooden did give it on to his players.
With all the motivational videos out there don’t make excuses is a common theme.
John Wooden put it that way:
Go out there and give it your best, no one can do more than that.

5. The process of accumulation

Ryan Holiday writes in his book Ego is the Enemy:

Wooden won ten titles in 12 years, including seven in a row, because he developed a system for winning and worked with his players to follow it. Neither of them was driven by excitement, nor were their bodies in constant motion. Instead, it took them years to become the person they became known as. It was a process of accumulation.

Bill Walton. Kareem Abdul Jabbar. Two of the greatest players of all time.
Made the players win the games?
Sure they play, score, rebound, pass.

Any doubts that John Wooden was one of the biggest coaches in Basketball history?

He did it his way.
Building a team out of human beings.
John Wooden was a great teacher. A great coach. A great man.

What is life all about?

We live in the best of all times